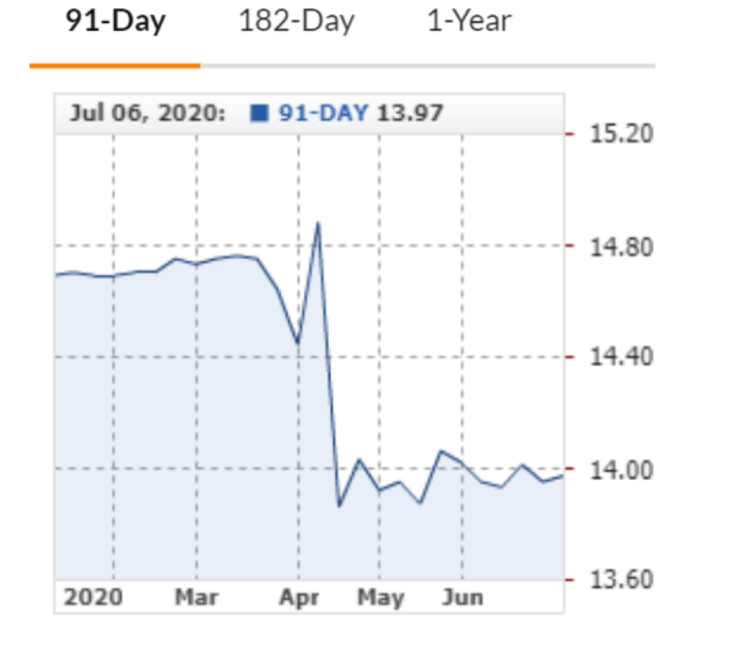 The regulatory measure as well as subsequent measures such as a reduction in universal banks capital adequacy ratio (inclusive of capital buiffe4r) from 13 percent to 11.5 percent , a lowering of their reserve requirements from 10 percent to eight percent and the suspension of the dividend payment made available large liquidity on the market. Other non- bank financial intermediaries have also been given added space for lending through a loosening of regulatory restrictions by the BoG as well.

Although revenue shortfalls and extraordinary public expenditures brought about by the impact of the COVID 19 pandemic have dramatically increased government’s fiscal deficit and consequent debt financing needs it has made deliberate efforts, in conjunction with the BoG to avoid increasing its domestic debt treasury instruments issuance to avoid pushing interest rates up and crowding the private sector out of the credit market. Those efforts seem to be working well.

Further to this, currently, yields on the secondary market have remained stagnant since last June 2020 for the 2-year notes and 3-year bonds, whereas the 5-year bonds yield has declined from 21.70 percent to 19.80 percent by the first week of July, 2020.

Amid increasing inflation, market analysts are anticipating government would keep the yields on the primary market, especially for the 91-day treasury bills, at the current level in order avoid further declines in the real returns on the treasury bills to investors.

Market watchers have maintained that at the moment, in spite of the increased liquidity, banks are cautious in their on-lending to the real economy, due to the high credit risk amid the current pandemic.

In alleviating the potential liquidity strains, the BoG slashed its benchmark Monetary Policy Rate by 150 basis points on March 18 to combat the economic impact of coronavirus pandemic, as well as a reduction in banks’ reserve requirements.

Government also agreed with the Ghana Association of Bankers that banks should cut the interest rates on all their ongoing and new loans by 200 basis points to enable borrowers cope with the financial strains COVID 19’s impact has placed on them. However this raised fears that lower interest margins on loans to customers would divert banks monies even further towards government debt securities. However, government has been able to curtail this by lowering the rates it offers on its debt securities thus enabling interest margins on customer loans to continue generating a requisite risk premium for the banks.