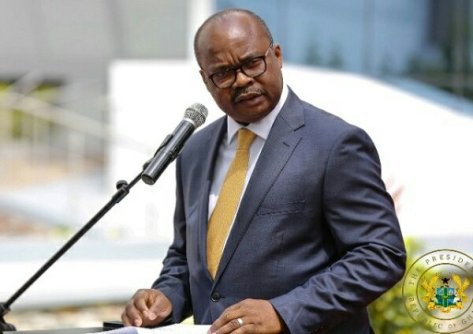 The Bank of Ghana has said “notwithstanding the unfavourable global developments”, the performance of the country’s external sector has been “strong in the first quarter of 2020, reflecting in a higher trade surplus and higher capital inflows”.

“This outturn”, he explained, “was on account of lower imports and a marginal fall in export receipts”.

According to him, “The lower oil imports value is primarily as a result of a switch in the energy generation mix in favour of domestically produced gas”.
He said demand for non-oil imports also dropped in line with the slowdown in economic activity.

The government of Ghana’s decision to access the Eurobond market earlier in the year, and the Rapid Credit Facility (RCF) financing from the IMF, Dr Addison noted, “resulted in a build-up in reserves of US$1.5 billion (2.2% of GDP)”.

“This strong reserve position has helped to ensure stability in the foreign exchange market even as external financing conditions tighten and emerging and frontier economies see capital flow reversals as a result of the heightened global uncertainty”, adding: “To further boost foreign exchange liquidity, the Bank of Ghana (BOG) has concluded a US$1 billion Repurchase Agreement (Repo) facility with the U.S. Federal Reserve under its Repo facility for Foreign and International Monetary Authorities (FIMA Repo Facility)”.

“This facility is expected to be available for at least six months, provides an important foreign exchange buffer to boost dollar liquidity amid the COVID-19 global pandemic, and will further enhance the BOG’s dollar liquidity”, Dr Addison noted.