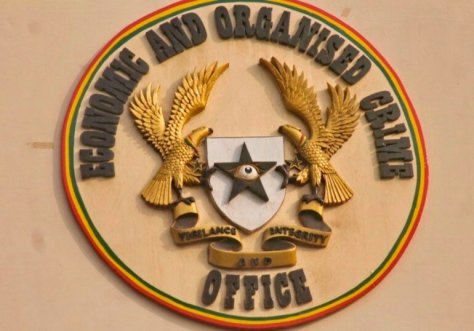 Ghana lost GH ¢9.7billion to corruption between 2016 and 2018 in five controversial deals in some key sectors of the economy, a documentary released by Corruption Watch and the Economic and Organised Crime Office (EOCO) on asset recovery has revealed.

The areas where the corrupt practices were discovered are: Ministries, Departments and Agencies (MDAs); the revised AMERI deal, multimillion-dollar KelniGVG contract; the purchase of four helicopters for Ghana Gas; and the Central Medical Stores scandal.

On the part of the MDAs, a special report of the Auditor General on their liabilities such as overpayment, double payment and forgery as of 2016 amounted to GH¢5.4million
The botched revised AMERI deal, which the documentary showed as an inflated contract, accounted for GH ¢4.6million.

The 15-minute documentary titled ‘Stolen Money Recovered’ features the Economic and Organised Crime Office, and gives a narration of recovering stolen assets for the state in addition to the challenges faced.

The documentary exposes some of the challenges anti-corruption agencies and the security services face in retrieving stolen funds to include the following: delays in asset identification and ownership; challenge of investigators identifying assets and the failure of prosecutors to freeze assets during trial and prior to sentencing.

In some instances, tracking assets has also proven difficult as well – due to the low level of public awareness on the asset recovery and management regime in Ghana.

A joint statement released by the Corruption Watch and EOCO said Ghana has made several legal provisions for regulation of the asset recovery and management regime.
The statement further said the Police, for instance, can seize assets under the Narcotic Drugs (Control, Enforcement and Sanctions) Law, 1990.

The laws setting up the Economic and Organised Crime Office, EOCO Act, 2010 (Act 804) and the Anti-Money Laundering Act, 2008 (Act 749), as amended allow the State to freeze, seize, confiscate and forfeit assets of corrupt people.

“The newly-established Office of the Special Prosecutor, under the OSP Act (Act 959), and specifically the OSP (Operations) Regulations 2018, even has an extended mandate to manage seized, frozen or confiscated assets,” it added.