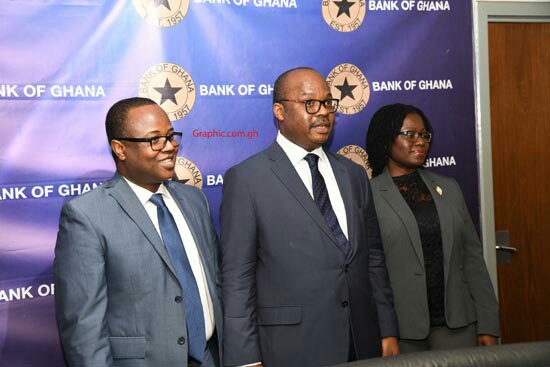 Data from the Bank of Ghana has shown strong growth in bank’s total paid-up capital — rising to GH¢9 billion as at end of February 2019.

The March 2019 Banking Sector Report revealed that last year’s increase in minimum capital requirement saw an increase in banks’ paid-up capital from GH¢5.05 billion as at February 2018 to about GH¢9.02 billion, a 78.4 percent increase year-on-year.

The central bank had embarked a number of reforms to boost the soundness of the financial sector.

Key to the reforms was the increase in minimum capital requirements from GH¢120 million to GH¢400 million, more than 230 percent increase.
The reforms had banks that were deemed to be facing insolvency either collapsed by the central bank or taken over by stronger competitors.

In all, nine indigenous bank were affected by the BoG’s reforms leading to a revocation of their licenses with others opting for mergers in order to meet the minimum capital requirements.