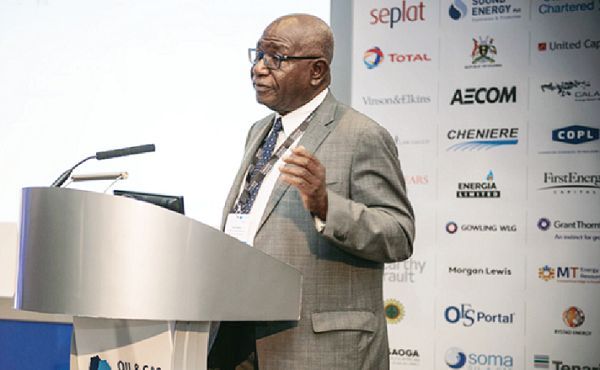 After almost six decades in use, Ghana’s Companies Act of 1963 will finally be replaced with the new Companies Act, 2019 which awaits Presidential assent.

The bill was finally passed by parliament on Thursday, May 2 after so many failed attempts.

The new law is expected to enhance the ease of doing business in the country and also bring to bear best global practices, and have significant positive implications on the business environment.

The Chairman of the Parliamentary Select Committee on Constitutional, Legal and Parliamentary Affairs, Mr Ben Abdallah Banda, speaking his part, lauded the immense contribution by the Committee of Experts under the Chairmanship of Prof. Justice Samuel Date Bah, Felix Addo, Felix Ntrakwa, Dr Anthony Oteng-Gyasi, Jemima Oware, Mavis Amoah, among others, as well as key stakeholders who in diverse ways contributed to the process.

He said the new Act would not compel investors to state the objects of their businesses, which would then allow them to engage in as many businesses as they wished.

“What the Act intends to do is to take away the necessity of incorporation so that the company, as a legal entity, can do any business from A-Z.

“So you can register your business today to sell mangoes and tomorrow you can change your mind to sell oranges,” he explained.

Speaking in an interview with the GRAPHIC BUSINESS on May 5, a member of the committee of experts, Mr Felix Addo, said the passage of the bill was a significant accomplishment after so many false attempts to get a new modern up-to-date bill passed.

He commended the parliamentarians for their determination in ensuring that the Companies Bill finally saw the light of day.

“There have been several false attempts but in 2008, the committee of experts was put together and we came up with our report which was presented to the then Parliament, which has subsequently seen the passage of the bill,” he stated.

On when the new Companies Act is expected to be fully implemented, he said although the initial idea was to start the implementation soon after passage, the stakeholders have now decided to give themselves a maximum of two years for full implementation.

“This is a major legislation and among others they are setting up a whole new office of the Registrar and this has to be done with structures and set ups so we allowed a maximum period of two years for the transition,” he stated.

Mr Addo also pointed out that one feature which was not originally part of the Bill but drafted into it on the day of the passage was the rotation of auditors.

“The parliamentarians decided that all auditors of companies should be rotated.

If it’s private company, it should be ten years, with a cooling off period of five years.

If it’s a public interest entity, it should be seven years with a cooling off period of three years,” he explained.

He said this new feature was to help maintain the independence of auditors and also prevent them from being too familiar with their clients.

Creation of new office of the Registrar of companies

The new law will also see the creation of a new Office of the Registrar of Companies, which will be similar to Companies House in London.

The new Office of the Registrar will be tasked with dealing with registration and regulation of companies and business enterprises in the country and will be autonomous with its internally generated funds being used to sustain its operations.

The office is also expected to assume the status of a category III subvented agency under the Subvented Agency Act, 2006 (Act 706) and other relevant provisions with regards to its fees and charges.

The Majority Leader of Parliament, Mr Osei Kyei-Mensah-Bonsu, expressed on the floor of Parliament that the Companies Registry was expected to be launched within six months under government subventions but should not take more than two years to be fully functional.