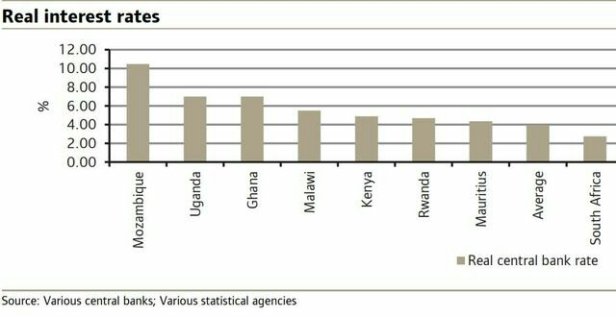 Ghanaian officials are preparing to meet fixed-income investors in the U.S. and London this week as they look to issue a $3 billion Eurobond. It could be a tough sales pitch.
An offering from the West African nation’s government may well be imminent, but only if officials are satisfied with the price that traders demand.

That’s a big if, given Ghana’s battle with the world’s weakest currency this year, and concerns about how it will manage its finances once a four-year bailout with the International Monetary Fund ends next month.

Finance Minister Ken Ofori-Atta is also negotiating a $750 million bridge loan from Standard Bank Group Ltd. and Standard Chartered Plc to tide the government over in what he says has been a “quite challenging” first quarter. It would be repaid with the Eurobond.

“Confidence in Ghana has ebbed a little in 2019 relative to other Africa sovereigns,” said Gregory Smith, a strategist at Renaissance Capital in London. “Investors have concerns that Ghana’s recent good record with fiscal discipline might unwind over the next year, especially as the IMF program ends and the 2020 elections are on the horizon.”

Ghana does have strong economic growth in its favor — gross domestic product will expand 6.6 percent this year, according to the average forecast from analysts surveyed by Bloomberg — but revenue collection is low compared to peers, Smith said.
The cedi depreciated 2.9 percent to a close at a record 5.8550 per dollar on Tuesday after falling to as low as 5.8650 against the U.S. currency in intraday trading. President Nana Akufo-Addo said last month he was “extremely upset and anxious” about the currency’s slide.

On the surface, though, there seems little reason for the bearishness. RenCap says the cedi is one of the cheapest currencies in Africa, based on real effective exchange-rate models. And even after a cut by the central bank in late January that
surprised analysts, the real interest rate is one of the highest on the continent at almost 7.5 percent, according to Standard Bank.
But that seems to matter less to investors than the IMF’s impending exit and elections. The nation has had a “terrible fiscal record” in recent election years, RenCap said in a separate notes to clients on Tuesday.

Convincing investors it won’t go on a spending splurge ahead of the vote, even without the IMF’s guiding hand, might help Ghana’s Eurobond ambitions. Otherwise, issuing $3 billion of debt in one go may prove to be pricey.