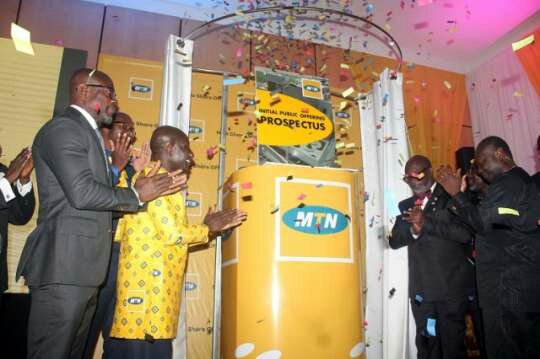 Telecoms giants, MTN has recorded a profit before tax of over GH¢1 billion for 2018.

Based on MTN’s sterling financial results, the mobile operator declared a dividend of 3 per cent, bringing the total dividend to 5 pesewas, after that interim dividend of 2 pesewas in November.

The directors recommend the payment of GH¢369 million (GH¢0.03 per share) as a final dividend to shareholders.

The business executed well on its capex plans in the year, supporting the improvement in coverage expansion, customer experience and QoS significantly, leading to subscriber growth. During the period, 600 2G sites, 1 100 3G sites and 250 4G sites were rolled out.

The number of active data subscribers in the same period was 6.4 million.

MTN Ghana listed on the Ghana Stock Exchange (GSE) on 5 September 2018 with the largest number of Ghanaian shareholding at 127 826.

At the end of December 2018, MTN Ghana’s market capitalisation was GH¢9.7 billion, making it the third largest primary listed company on the GSE.

Performance in other sectors