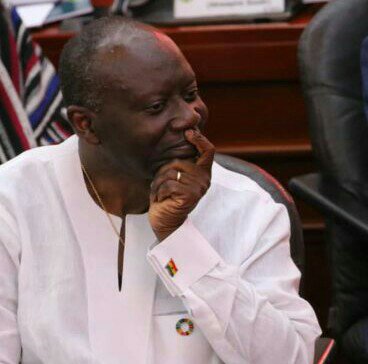 Although Ghana is set to receive an amount of SDR 132.84 million (about US$ 188 million) over the next couple of months following the last review of the International Monetary Fund (IMF) Extended Credit Facility (ECF) programme, it would be making a payment of SDR 62.54 million (about US$ 87.413 million) to the Fund this year.

This is according to the IMF’s documentation of Ghana’s financial position with the Fund as of January 31, 2019.

However, since the country will receive the last tranche of the US$918 million balance of payments from the Fund under the ECF programme, there would be a net inflow of funds in 2019 to the tune of a little over US$100 million.

The real problem will be in 2020 when the country would be expected to pay to IMF an amount of SDR 67.94 (about US$94.961 million) in the form of repayments due to the IMF, on previous facilities provided, without any new inflow to the country from any ongoing facility.

It remains unclear if these outflows are emanating from the assistance received under the HIPC initiative and the Multilateral Debt Relief Initiative (MDRI) during the previous decade.

Despite the repayments to the fund which will progressively increase from 2019, in 2021 the country is likely to be cushioned due to the inflows from the impending Pecan oilfield, which is currently estimated to contain gross contingent resources of 450 to 550 million barrels of oil equivalent (MMBOE) and which has the potential to increase to between 600 to 1,000 MMBOE.

Aker Energy, the majority shareholder in the new discovery, is expected to submit a plan of development to government in March and hopes that first oil under a phased field development will be poured by the end of 2020.

It is instructive that both the Mahama administration and the incumbent President Nana Akufo-Addo administration have been taking foreign loans with the expectation that increasing oil production and export will generate the foreign exchange needed to service and ultimately amortize them.

Since 2015 the country has been having a major net inflow from the IMF, in the form of balance of payments support under the ECF which expire in April this year.

However, with these net inflows about to reverse into net outflows, economic analysts fret that the country’s currency would suffer further setbacks.

Even under a situation of net inflows the cedi has been suffering significant depreciation due to capital account deficits and the start of net outflows to the IMF stands to worsen the situation at least until new sources of foreign exchange inflows kick in.

The ECF arrangement was expected to provide sustained program engagement over the medium to long term in the case of protracted balance of payments (BoP) problems.

The country had a worsening BoP situation until when it entered the ECF programme in 2015 with a programmed target of reducing the deficit to 0.7 percent of GDP, but however actually achieving an average of -0.5 percent.
In 2017, the country recorded a BoP surplus of 1.9 percent of GDP.

However, in 2018, the BoP situation deteriorated into a 1.0 percent deficit, brought about by net outflows in Ghana’s capital and financial accounts – due to rising debt servicing obligations and falling interest by foreign investors in government medium to long term debt securities issuances – despite a sustained merchandize trade surplus.

This has negatively affected the strength of the Cedi against the major trading currencies especially the US dollar, forcing a draw down of Ghana’s international reserves in an effort to support the flagging cedi.
[SDR 0.715455 = US$ 1 as at February 27, 2018