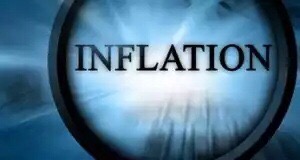 The Producer Price Inflation (PPI) has gone up to 8.2 percent.

The Producer Price Inflation measures the average change over time in the prices received by domestic producers for the production of their goods and services.

The PPI for Ghana measures the producer price indices with reference to September 2006, the base period.

The Acting Government Statistician, Baah Wadieh explained to Citi Business News that the gradual rise in the prices of gold and petroleum products contributed to the increase in the producer price inflation.

Meanwhile the mining and quarrying sub-sector recorded the highest inflation of 12.5 percent.

It was followed by manufacturing with 9.1 percent.

The utilities subsector recorded the least inflation of 0.5 percent in October.

Also in October 2016, the producer price inflation rate for all industry was 9.7 percent.

The rate increased to 11.9 percent in November 2016 but it declined consistently to record 3.1 percent in January 2017.

Since then the rate has increased consistently to record 8.2 percent in October 2017.