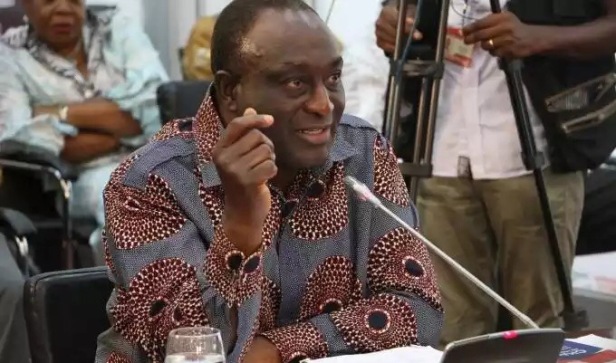 Day
Government has approved GHS 456 million for the implementation of the one district, one factory programme; and GHS256 million for the resuscitating of 100 commercially viable but distresses companies, Padi Adjirackor, Director, Policy, Planning, Monitoring, Evaluation, and Budgeting at the Ministry of Trade and Industry has revealed.

Speaking at the maiden edition of the Ghana International Trade and Finance Conference (GITFiC) 2017, Mr. Adjirackor said plans are far advanced to roll out the implementation of the district factories project following the approval of the funds.

“The money that we budgeted for the one district, one factory has been granted and now we are in the process of formulating the policies.

As you may be very well aware, the ministry is the primary agency of government to facilitate development of the government transformation agenda of making sure that every district will have at least a flagship project. So we are welcoming proposals from all companies and the ministry will sit down with you to prosecute it,” he said.

He further stated that government has also appropriated GHS256 million for reviving and expanding hundred industries under the Association of Ghana Industries (AGI) in a bid to fulfil its campaign promise of creating jobs for the youth.

Commenting on this development, the Chief Executive Officer of the Association of Ghana Industries, (AGI), Seth Twum Akwaboah, welcomed the announcement and said his outfit is still working hard to identify the industries.

“I am happy to hear that the money is ready because it is an issue we are discussing for months on how we can resuscitate industry.

AGI was taxed to identify companies that will qualify under the arrangement. The key objective is job creation, so it will be open to all manufacturers that have potential for job creation,” Mr. Twum Akwaboah stated.

It is worthy to note that government’s one district, one factory project continues to attract investors—both domestic and foreign.

In February this year, the CEO of the Ghana Investment Promotion Center (GIPC), Yofi Grant, told the B&FT that investors have swamped the Center to make inquiries about the prospects of investing in government’s district factories project.

“There are a lot of people who are now asking questions about what they can do, where they can find information about what is available in the districts in terms of raw materials. Some, too, are asking about demographics. Some are also asking about incentives that might be available to investors once they invest in the rural areas etc.” Mr. Grant said.

The Indian High Commissioner to Ghana, Birender Singh, also told the B&FT last month that: “As the new administration is finally settling down, we think this is the right opportunity for our businessmen to travel to Ghana so that they sit with the Ghanaian businessmen and see how they can contribute to the policy decisions of government’s ‘one district-one factory’ and ‘one village-one dam